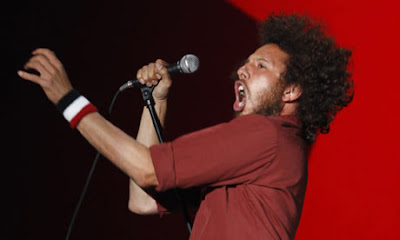 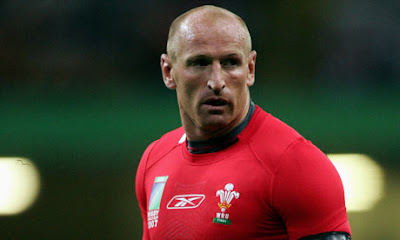 Sometimes there doesn’t seem to be enough good news around at Christmastimes… Don’t know why – (maybe it’s because we tend to try and happy ourselves up for the occasion and the world doesn’t stand a chance of living up to that), but there just doesn’t. And that’s broadly been so this year too – ongoing whitewashy shambles of an Iraq inquiry, total cop-out and big finger to the planet from Copenhagen – but at least today has flagged up two stories that have really genuinely made me incredibly happy.

The first is pretty obvious – Rage Against The Machine taking the Xmas number 1 slot from some vanilla X-Factor prettyboy singing some crappy banality at the order of his master.
Thank Fuck, quite frankly. Brilliant news.
The X-Factor may be enjoyed by millions but that doesn’t make it good of course (and it isn’t good – it’s fucking evil) – and contrary to the bafflingly poor thinking of some absurdly biased BBC newsreader/interviewers over the past days, it does NOT set up winners in long and glittering and important careers; so far they’ve been largely shortlived. For which one can only be thankful given the tripe, pap and worthless formulaic shite they put out. The BBC people actually were pretty annoying – completely glossing over the Rage profits going to homeless charity Shelter, having been corrected on a point about making money from the single, and also accusing the song of not being about Christmas…. er, like the X-Factor song then… Muppets.

Anyway – they did it. WE did it. Brilliant. It’s not a cynical act (as described by the cynical Simon Cowell in an act of breathtaking cynicism even by his own magnificent standards) – it’s a genuine authentic act of championing authenticity over cynicism. And I hope it’s only the beginning.

I also hope it’s only the beginning for more coming out and acceptance of gay sports stars following the announcement by the Welsh rugby star – Cardiff Blues player and the most capped player for Wales and former British and Irish Lions captain, Gareth Thomas. Sport can be a macho and misogynistic animal, and of course homophobic too. Yet statistically, it’s blindingly obvious that there should be quite a few gay sportsmen out there – who knows, maybe great ones – great role models. And that one of them has had the guts to come out is great news…
“It has been really tough for me,” he told the papers, “hiding who I really am, and I don’t want it to be like that for the next young person who wants to play rugby, or some frightened young kid. I don’t know if my life is going to be easier because I’m out, but if it helps someone else, if it makes one young lad pick up the phone to Childline, then it will have been worth it.”

Let’s hope this might just be a moment of genuine shift like the Rage Xmas number 1. Today has definitely been a good day. Hopefully the reasons why it’s been a great day can lead to more great days to come.
Good on you Gareth Thomas, good on you Rage Against the machine – and good on you all who bought the single :-)