One In The Eye… 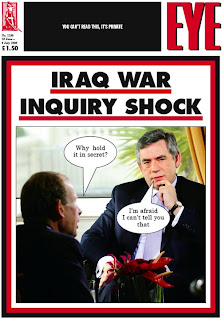 Cool – Private Eye have published a “Colemanballs” I sent in, in the current issue – 1239.
It’s one of the many clangers from Eurosport stand-in MotoGP commentator Carlton Kirby from the Catalunya GP a couple of weeks back….
“Two Spanish flags for the crowd to see – one of them Japanese… “

He’s seriously awful though. I should have just sent them a tape of all 3 races and let them publish the lot.
Thankfully the marvellous Toby Moody and Julian Ryder were back on the case this weekend at Assen – despite it being a bit of a downer for my hero Alvaro Bautista in the 250cc race. I say ‘bit of a downer’ – it was a real huuuuuuuuuge downer actually.
Still – could have been worse… Carlton Kirby could have been commentating too.