How To Make A Bad Situation Worse 101 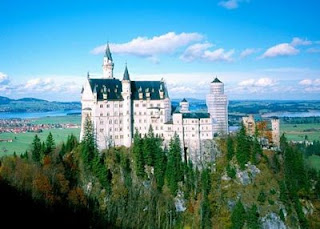 (*Above: the modest second home of Douglas Hogg MP)

There’s a lot to be learned, I’ve always held, not only from people’s actions, but also their reactions.
In that respect the unfolding slow-motion car crash (or gravy-train crash) of our MPs’ expenses scandal is proving hugely instructive.
If you or I pulled some of the fast ones that this sorry shower have done, we’d be in the slammer in no time.
Whereas somehow the MPs caught with their hands in the till (or more accurately, caught with their hands in your and my wallet) seem to think that:
1 – they actually haven’t done anything they should apologise for, and…
2 – if they absolutely MUST apologise, then a sneering half-hearted and evasive little gobbet will suffice.

One person who of course actually *has* done something, and something positive, is David Cameron. However I can’t really give him any credit for this as:
1 – He couldn’t possibly do nothing when one of his mob had claimed for having his moat cleaned,
2 – It’s probably primarily a cynical piece of PR, and…
3 – well, he’s David Cameron isn’t he.

Someone who has totally missed the opportunity to make a genuine or genuinely meaningful apology is PM Gordon Brown who instead had the brainwave of apologising for “the events of the last few days”. Yes, that’s right – he’s saying that he’s sorry that they all got found out. Not sorry for all the years of abuse. But just the last few days – the shitstorm of their own making.
And this wonderfully clumsy drivel was actually bettered by Harriet Harman (MP for Camberwell and Peckham and Junior Minister for Hypocrisy and Cant) who told Radio 4’s Today programme “in our system we do not have the level of corruption that obtains in many other countries…” which basically means she thinks we’re not quite as bad as Nigeria.
Which is nice.

Perhaps the most brazen and bizarre refusal to acknowledge what’s wrong is from the Speaker of the House of Commons, Michael Martin. Rather than acknowledging the extent and good cause of public fury, he’s mad at the media and any MPs who talk to the media, ranting away at poor old Kate Hoey in a threatening “See you Jimmy” style more suited to Rab C Nesbitt.
But then he has famously abused the system himself to a ludicrous extent.
Should he resign? I say No actually. No, he should stay – and look a complete tool and suffer the indignity of being sacked by other MPs trying to make themselves look slightly less awful than they really are.

Something that’s quite strange in all this however is the number of letters to newspapers from people saying that we’d all do the same wouldn’t we. It’s human nature isn’t it. We’re no better.
What?
Sorry – but I *am* better, and so is pretty much everybody I know. And no I *wouldn’t* do the same and nor would most people I know.
I don’t know who these letter-writers may be, but either they’re MPs writing in under false names, trying to excuse their actions, or they’re just crap human beings with dismally low standards.
And the reason I – and pretty much everyone I know – wouldn’t take the piss like the MPs have done has absolutely nothing to do with the risk of getting caught, or not having the opportunity to do so. No. It’s because it’s taking the piss and because it’s wrong. And we – unlike those who govern us, apparently – happen to know the difference between right and wrong, and we have some basic standards of decency and honesty.
And there’s no self righteousness in that, and no pomposity. It’s just what being a basically decent human being is all about.

Oh, and I’m sorry, but who has a fucking *MOAT* in the 21st century for chrissakes???
I mean, really…

And Another Hurrah!Politics
How To Make A Bad Situation BetterGeneral, Politics