Steinberg Cubase Activation: What A Load Of Shite 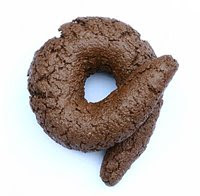 Ironically enough, after completely trumpeting a fantastic application (the superb “Yep” – below…) I’m gifted the opportunity to slag one off as being a bag of shite. Thanks Steinberg, and step forward Cubase.
I have to say that there’s not really anything wrong with Cubase on a technical level as a music programming and production system – far from it – but having spent my money to buy my own legitimate copy, and to go through a daft online activation process (involving a USB “dongle”) and registering it, I’ve now just found that the application can NEVER be launched without the dongle taking up one of my two USB ports. EVER.

I have just the two ports and I have limited space and too much cabling already; I cannot add more and more shit to my setup just so it can actually function.
More crucially than this particular instance of annoyance though is the question “WTF????”
I mean, really, who uses bloody “dongles” nowadays? Nobody else I buy software from, that’s for sure. Adobe, Apple, shareware companies – whoever – I buy the softawre and I run it. And if it’s not a simple honest activation system, or it veers to stupid, contrived and paranoid then I stop using it. The last company that had stupid and confounding activation processes getting in the way of me just getting on and using it was Quark. That’s one of the major reasons why I now use InDesign (and also a reason I know many other design professionals finally got fed up with Quark).
And it’s the reason that I’m going to be working in either Logic or Garageband, or a combination of the two in pulling together the next Smallcreep album, and for any future projects.

As far as I’m concerned, “dongles” are a thing of the past – as are the companies that use them and force them on people who are spending their hard-earned dosh on BUYING legitimate copies of their precious software. If Steinberg had said in big clear writing on *any* of the online and promotional pre-purchase blurb for Cubase that it required one of my USB slots then I would have at least had the opportunity to think “well fuck off and die then… idiots…” before shelling out good money on a copy.
As it is, I feel more than a little aggrieved that such a glaring *down* in the product is kept quiet till you’ve bought it.

Anyway – Logic and Garageband it is then. And Cubase, and Steinberg can indeed fuck off.
Shame as it was quite a nice piece of software to work with. Something I think I also said about Quark, before I forgot all about it.

Backlash Back On TrackMusic
Only A Part, Not The WholeMusic