Backlash Back On Track 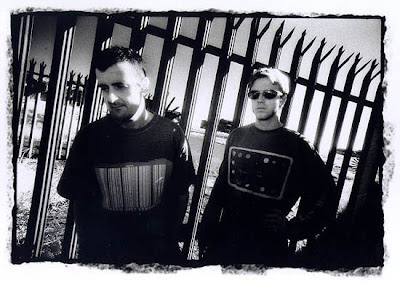 After much thought, Smallcreep has returned onto my “To Do” roster…
With Rob and me listening to more and more diverse stuff, and with a few nudges from friends and fans (yes – the band actually has fans…) we’ve agreed to go pick things up on our unfinished 3rd album, BACKLASH.
It was a project that went on for about 6 or 7 years, spawning so many ideas it became unmanageable. We threw out about 30 of them and started over. And the same thing happened again.
So we left it and carried on with our lives.

But lately, we’ve both discussed it and decided that we actually were incredibly proud of the stuff that was happening and coming out of the sessions, and so we aim to revisit the 60 or so remaining ideas (almost finished, semi-finished, rough sketchpads and more…) and try and nail the album we always meant to make.
There’s studio setups to sort out and a shedload of files and roughcuts to review, but “THE MIGHTY ‘CREEP” (© Kris Barford) are up for it and we’re looking forward to doing great things again.
And bickering.
We always bicker.