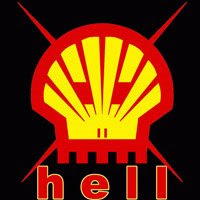 With almost sublime timing – coinciding with the release of Age Of Stupid – Shell (who only last year confirmed that biofuels will not solve the world’s energy problems) have announced they are dumping wind, solar and hydro power in favour of… er, biofuels.
You can only hope that such irresponsible and blinkered short-termism might be rewarded by customers deserting them wholesale (sadly unlikely), and that any environmental PR guff they put out in future is treated with the utter contempt it deserves.
Being a Dutch company, they may want to keep an eye on those rising sea-levels too. Idiots.