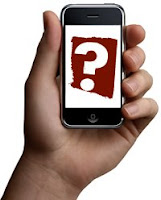 With Apple’s announcement of an event on March 17th, centring on the next software version for iPhones – 3.0 – the geek and fanboy forums are abuzz with speculation and wishlisting about what v3 may bring…

It goes without saying that whatever Apple finally release, not everybody’s going to be happy. They never are. Apple could include World Peace and an end to Global Warming & Poverty but there’d still be someone saying that they’d have preferred a new icon for the Calculator app.

Personally, I’d be totally behind all of those – copy & paste in particular seeming something of a no-brainer. Beyond that however, there’s a couple of other things that I’d rather like to see; things that are of varying importance / triviality and I have no idea how much they might mean to anybody else…

1 – Desktop/Spaces:
Although it’d be hard to imagine Apple opening up the iPhone’s “desktop” to the kind of lush and flexible interface you have in the OSX Finder, I think there’s more room for simple and efficient icon and app management than at present. A bespoke implementation of something like the “Spaces” concept from OSX might be quite cool, for instance by an icon effectively being a folder that contains whichever apps you choose to store in it – something you could do to reflect categories such as tools, games, fun, music, travel, etc. And maybe ‘most used’ or daily/frequent…

2 – Removing Apple’s apps:
I hate having my various desktop screens hogged by Apple’s unremoveable apps. Why can these not behave as your purchased or free downloaded apps; whereby they can be retained within iTunes and chosen to be synced across or not as you wish. I mean “Stocks” FFS!!!
Easy and obvious.

3 – Full Alert / Notification Customisation:
At the moment you can’t even allocate your own sound for an SMS alert… Pah!
I’d love to see a complete system of customisable notifications across alerts – not only for which sounds you use, but also individual volume and vibrate controls, and notification repeat options.

So we now just have to wait for the iPhone 3.0 software preview on the 17th to find out what it’s *really* all about….