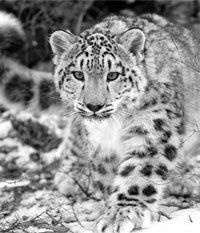 Fairly reliable sources are now pointing to June 8th as the release date of Mac OSX 10.6 – “Snow Leopard”, the next major upgrade of the Mac OSX and notable most specifically for NOT introducing a bunch of spiffy new interface features (the kind of geeky fun we have come to expect from Apple) but instead putting its primary focus on under-the-hood performance improvements and enhancements.

Snow Leopard is expected to make great advances in processing, to include the new Quicktime shown a few posts back, to deliver huge OpenCL possibilities for developers of all kinds of applications, to continue to expand on multi-touch feature support, and to also have a considerably smaller footprint (or paw-print) than previous versions of the operating system, freeing up room for users like me to fill their hard drives with even more crap than ever before.

In the absence of any cool screenshots, I’ve just dropped in that cute picture above, plus a link to Apple’s main info page about Snow Leopard – and also, for those of you who are so-inclined, a link to SnowLeopard.org – The Snow Leopard Trust, the world’s leading authority on the study, conservation and protection of the endangered snow leopard out in the real world.

It’s Amazing! No, It’s A Beanbag…Technology
Wishlist For iPhone 3.0 SoftwareTechnology