Not So Much Who As Why? 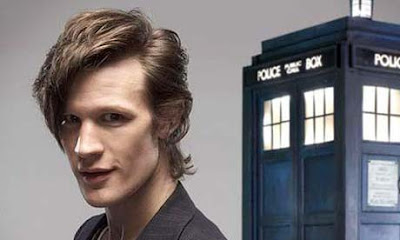 (*Above – the new Doctor: like the current one… only more so…)

In what cynics might regard as a marketing rather than a genuinely creative decision, the 11th Doctor appears to be a younger and probably more fey version of the current one.
Matt Smith, who will take over from David Tennant in 2010, does seem to tick a lot of “demographic” boxes and will probably lead to a lot of grumbling over the youngness, whiteness and maleness of the choice until he hits the screens and we can all make a proper judgement. Let’s be honest, about the only surprise in the choice is not the aesthetics of it all, but the fact that the guy is largely unknown.

Got to admit that I’m very fond of Tennant (although I’m aware he winds some people up something chronic…) and I’m also one of the very very few people I know who actually rated Eccleston too.
The only shame is that they’re clealry fixated on the young and the pretty and have forgotten that John Pertwee – the spooky, be-cuffed & collared powder-wigged incarnation – was surely the “best” Doctor (whatever I may actually mean by that…)

I’d have to admit I’d rather have seen a braver, more imaginative choice – my friend and companion in red wine Madame Arcati has always championed the idea of Sandi Toksvig, which I must admit would be brill. But I can’t help but feel I detect a certain cowardice / play-safery in the Smith decision.
Only time – and timelord – will tell.

In the meantime, the Beeb can probably go ahead and renew their product-placement contract with Converse for another few years.