“There’s Been A (Virtual) Murrrrrder” 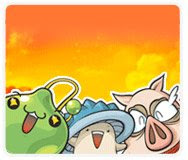 (*Above: Don’t trust the little bastards… One of these critters could be a ruthless killer…)

In a perfect example of what happens when you don’t get out enough, a woman in the far east has been jailed for ‘virtual murder’ after killing her virtual exh-husband who had just got a virtual divorce from her in a virtual reality game called Maplestory.
The whole sorry – and let’s face it, bloody bizarre, story is here…

Though, surely, rather than jailing her in the real world the most reasonable and appropriate (and nerdy) thing to do would be put her Maplestory character in a virtual jail….?