Cock Of The Week – Andy Burnham 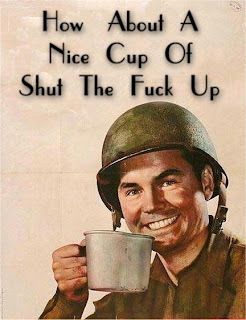 There’s something immensely depressing about people wanting to make libraries jolly and lively and full of buzz. If it were the idea of a five-year old you could probably forgive them (after a quick slap round the chops) but when it’s the idea of your nation’s supposed “Culture Secretary” then you really need to worry.

Andy Burnham’s call for “joy and chatter” in libraries is one of the most absurd notions I’ve heard in recent times. What next – conga lines at funerals? There is *no need* for joy and chatter, because you can get that anywhere. A library can still be family-friendly without having to sound like bloody riot’s going on in the middle of it. It can still be a social space – it already is, of course. What kind of dunderhead can’t tell the difference between a *social* space and a *noisy* one…?
Oh hang on, I know the answer to that one…

There are plenty of places (or “social spaces”) where people – and families – can go and make noise. McDonalds springs to mind as a pretty obvious choice. Or a leisure centre or Starbucks or park or swimming pool or Burger King or other eatery or cafe or internet cafe or supermarket or theme park or high street or experience park or pub or basically almost everybloodywhere.
The point of libraries is that they should absolutely NOT be full of joy and chatter. Well, joy perhaps, but you can still easily do that in peace and quiet if you’re reading or thinking the right thing.
The fact that this idiotic idea comes from someone who’s supposed to be in charge of culture (and libraries of course) is an enormous worry because it suggests that either a) he’s never been in a library or b) he hates libraries.
Or possibly both of the above.
One thing’s for sure – it’s a totally awful idea; a typically miserable little New Labour brainfart; a vacuous, offensive, pointless, meaningless guff – bereft of reason, virulently anti-culture, and ultimately just utter crap.

Libraries are one of the very very few places left where anybody can go and read and think in peace and quiet, untroubled by the outside world. People deserve to keep that kind of environment – for learning, for personal development, or just because it’s a good thing in itself. There’s nothing elitist in that; just a separation of study, peace, contemplation and solitude from the noise and static that fills the rest of the world.
To quote author Lynsey Hanley, “Go to the library and you’re still in a social space whether or not anyone is talking. They used to call it companionable silence, but now there’s so little of it I’m not sure anyone knows what it means. It means being able to look around you and feel a sense of deep commonality without having to articulate it out loud. You’d now have to go to a Quaker meeting house in order to find it.”

Sometimes, Mr Burnham, silence really is golden. Particularly so when your thought is so impoverished that a chatter-filled library is the kind of idea you come up with.
Or as Mark Twain put it (you’d know about him if you’d ever entered a library…)
“It is better to keep your mouth closed and let people think you are a fool than to open it and remove all doubt.”

How To Debate Like A True Vice-PresidentPolitics
As One Threat Subsides, Another Pushes ForwardPolitics